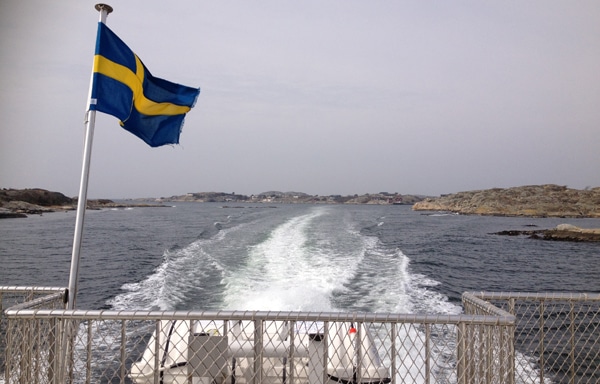 Notice that the little black lamb is resting on his mother’s back – cuteness OVERLOAD :) Team inredningsvis in the woods at the wrong island (Vrångö) :) (Vrångö can sound like “wrong island” in Swinglish – a mix of Swedish and English. It’s one of those “you had to be there” jokes :P ) Jon and I will be posting a travel series about Gothenburg’s wonderful archepaelago this Summer. We’re starting with Vrångö, which can be translated to Wrong Island in Swinglish :) However, there was nothing wrong with this little island when we were there this past weekend. Vrångö has wonderful walking tracks by the sea and rare birdlife.

During our nature walk, we met some of the cutest lambs you’ve ever seen. As you can see in the pictures above, one lamb was sleeping on its mother’s back… SOOO cute I almost died :) We also had the first picnic of the year on a beach…fantastic. I strongly recommend Vrångö to all nature-lovers that like walking with the ocean by your side.

Dream away: Maldives – paradise on Earth

My Mallorca Christmas & Hiking in Mancor

5 cheap Sun trips on a Budget