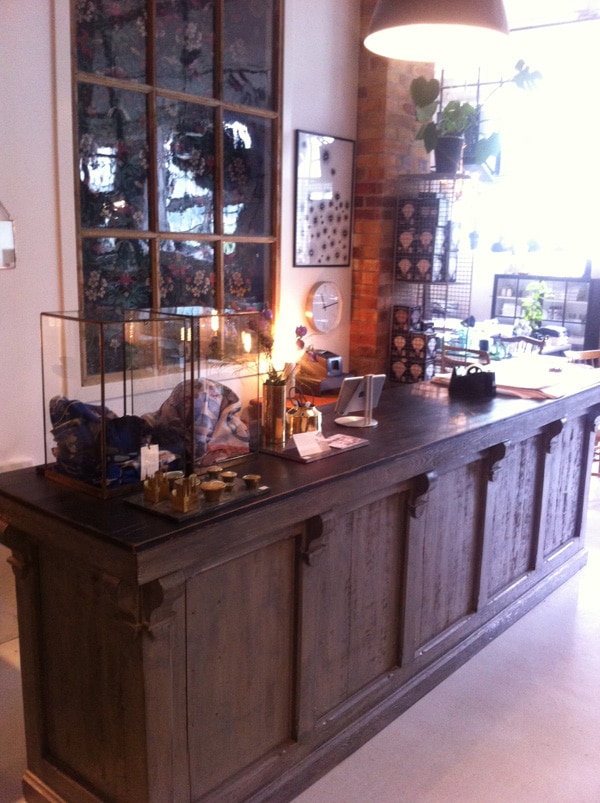 All you interior addicts! Today I will share with you my visit at an amazing place called Spinneriet in Lindome. Its a old factory house that has transformed to a designer mecka for many different creative people and designer stores.

Here is my visit at Spinneriet in pictures cause it says SO much more than words! In the store Östlingh & Schedin at the first floor you find the perfect mix of old and new decor! Isnt that old wooden work space just to die for :) The first Spinneriet factory was built in 1830. The majority of the workforce was when women and children. The conditions for the 42 employees, of whom nine were children, were miserable. The number of employees grew steadily and in 1937 they were about 500.

The new Spinneriet factory was built in 1907. The owner was when August Werner. Conditions were during the period that followed better for those who worked and lived in the factory.

The building area amounted to 1350 square meters, with large windows and plenty of natural light, which solved the need for light in the premises. It is said that many destroyed his sight because of the dim light before the factory was rebuilt.The Spinneriet factory closed its operations in 1968.

Today Spinneriet is a huge meeting place for creative actors of many proffesions. You will find many designer stores inside Spinneriet and the stores are open every week at Thursday, Saturday and Sunday.

Also the surroundings are breathtaking so its all worth a visit if you ever visit Gothenburg!