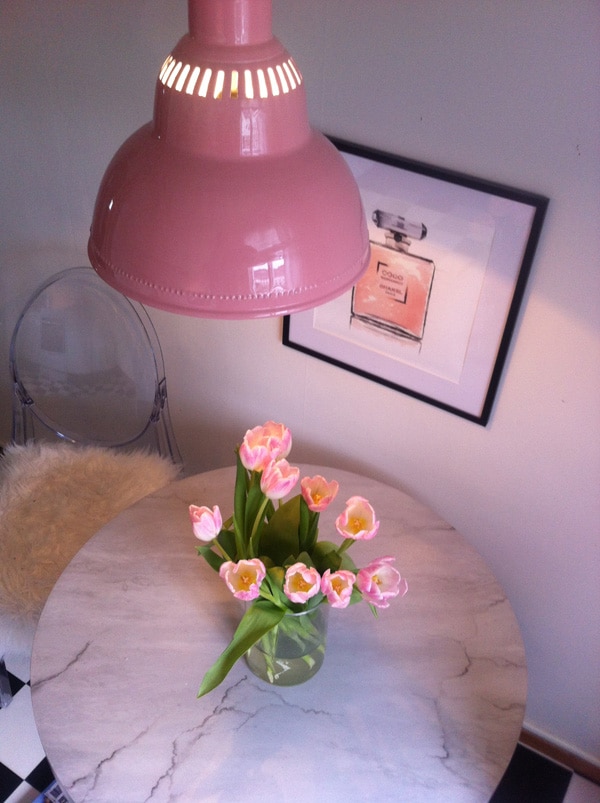 No one has escaped the total flower boom of tulips that totally takes over Instagram this season. I think tulips are so HUGE right now cause we are all tired of the winter that never ends. The tulips are a significator for spring and all the beautiful colors that come with it. Many may hate them too, but I like these colorful cute flowers.

Here are the best of instagram tulips right now, including my own pink tulip goodies :)

Here are my own Instagram tulips at home and I LOVE that pink color :)

Some fun facts about the crazy tulips:

The so-called tulip mania, also called tulipomani that was to break out in the Netherlands during the 1600s. It was begun speculating in tulips on the stock exchanges in Amsterdam and Rotterdam, and when the tulip craze had peaked knew everyone that wanted to become rich in a short time, one would invest in tulips. At the beginning of 1637 twenty-fold increase in the price of tulip bulbs in just one month to be followed by an even larger decline the month after in connection with a notorious tulip auction in Alkmar (which then had sales of SEK 75 million in today’s money). Tulip prices began to decline at a furious pace and tulip crash was a fact. This was the beginning of the misery that broke out in Holland with increased unemployment and starvation as a result.

When tulip well introduced in Europe it spread quickly. Starting in the 1600s was the tulip well established in France. The country fell into a period of tulipomani which went further than the more famous later broke out in Holland. It is said, among other things. a. a miller who changed his mill to an onion cultivar `Mere Brune.
Do you btw have some any tips on how to get tulips last for long and still look fresh ??

Colorful kitchen details that will rock your baking

Modern lamps that rocks your room

A easy to do table setting with flowers...

How to get a bigger balcony – 6 best tips ever
Interior design tips: The hunt for the dream sofa
Décor advice: Accent colours make a difference

How to get a bigger balcony – 6 best tips ever
Travel inspiration Islands: Aruba
Friday night ala inredningsvis